Diego Turo doesn’t have a lot of free time these days. When the 18-year-old comes home from school in the afternoon, he gulps down some food and then rushes to get on his bike and start his workout routine. The young man from Cologne, in the west of Germany, is preparing for a great adventure, the mythical “Desert Dash” in Namibia, in which he intends to engage with his friend Jacques Mecky, at the beginning of December.

The Dash is an ATV race through the desert. Measuring 370 kilometers (230 miles) from the capital, from Windhoek inland to Swakopmund on the Atlantic coast, it is considered one of the toughest day races in the world. Heat during the day, cold at night, eternal dust, unforgiving gravel roads and sometimes deep sand – among cyclists, the finishers of this legendary race are held in the greatest respect.

Anyone who attempts the Desert Dash has to be extremely fit – both physically and mentally, even to complete part of the race. This is how Diego and Jacques plan to proceed. The two German students will participate in a four-way relay with two 18-year-old Namibians. The four will do part of the course together and part alone, but each of them will eventually cover 130 kilometers.

Do a lot together

The project is an original idea of ​​the German-Namibian charity “Pro Namibian Children (PNC)”, which runs a school for orphans in this South West African country.

“With this campaign, we want to show that you can accomplish a lot if you embark on something together,” said Merle Elsner, PNC Board Member.

The club found the two Namibian cyclists in the school for orphans and in order to complete the quartet, the association contacted the Cologne cycling club “Scuderia Südstadt”. Diego and Jacques were enthusiastic about the project from the start.

“It’s a great cycling challenge. And as it’s for a good cause, the decision to participate was obvious,” said Jacques.

The contrasts could hardly be greater. On the one hand, you have two young men who grew up prosperous in Germany, on the other; you have the two orphans from Namibia, whose lives have been a constant struggle for survival. 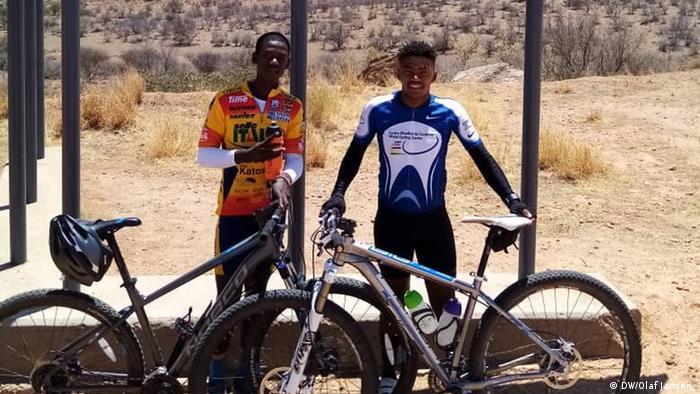 “We want to show that where people are coming from doesn’t say anything about their abilities. The four of them will fight side by side and on the same footing to achieve one goal: to get (to the finish line),” said Elsner.

Training via WhatsApp and email

All four have been training intensively for six good months now, Chris Nero and Samuel Alfons in Namibia, Diego and Jacques in the Cologne region. They haven’t met in person yet, but they communicate regularly via WhatsApp and emails.

“I’ve never been to Africa before so I’m incredibly excited,” said Diego, who admitted he knew very little about Africa.

“Until now, I didn’t know much about the continent, just what you sometimes see on television: famine and misery and all that,” he said.

Namibia is a country of only around two million people and the unemployment rate in this emerging economy is around 30%. There is a large divide between the rich and the poor and the country’s rich mineral resources are widely sold to foreign companies.

Living below the poverty line

Much of the population lives below the poverty line, and there are huge numbers of orphans. PNC is dedicated to supporting these children. Among its projects is a school of 130 students on the edge of the Kalahari Desert, which is funded by donations from Germany.

This is the school that Samuel and Chris attend. A year ago, none of them had ever ridden a mountain bike. Now they are training hard every day to prepare for the extreme event that awaits them. With Diego and Jacques, they want to take advantage of the race to draw attention to their concerns and needs. 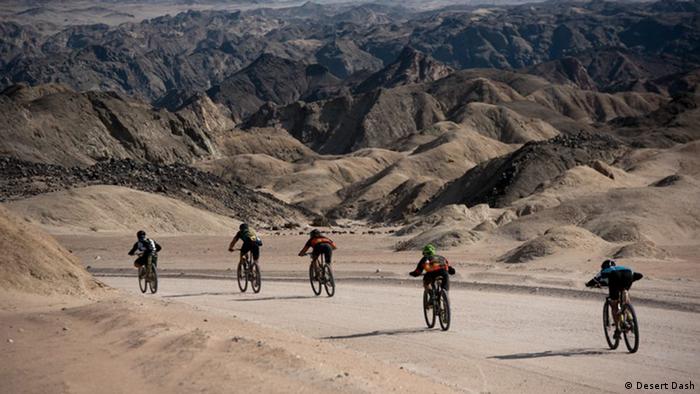 The current urgent need is a new drinking water well, and PNC is seeking donations to achieve this.

“Because it hasn’t rained for so long, the groundwater level has fallen below 30 meters (99.5 feet),” Elsner said.

This led to the drying up of the old well, jeopardizing the subsequent functioning of the school.

The two Germans are due to arrive in Namibia early next month, a week before the race. This will give them the opportunity to train with their Namibian teammates and see what life is like in this South West African country.

“I can’t wait to see how they live in Namibia,” said Diego.

Perhaps seeing how his teammates live will be more memorable than the race itself.