Dust from one of the world’s largest deserts, the Sahara blew northward through strong seasonal winds to France and with that, he took some pretty serious radiation levels with him.

It depends French NGO ACRO or Association for the Control of Radioactivity in the West (first reported by EuroNews) which monitors radiation levels in the country. What is surprising is that the radioactivity of this dust is in fact due to the activities France done in the past.

According to Acro, in the 1960s, Algeria, a country in North Africa, was part of French Oversea territory. The French carried out nuclear tests here, contaminating the soil.

This strange “boomerang” effect, as Acro claims, brought back to France a by-product of nuclear fission explosions called cesium-137. Acro tested Saharan dust in the Jura region, near the French border with Switzerland, where he made this rather surprising discovery.

Acro said in a statement, “Considering the homogeneous deposits over a large area, based on this analytical result, Acro estimates that there were 80,000 bq per km2 of cesium-137. This radioactive contamination, which comes a long way, 60 years after the nuclear explosions, recalls the perennial radioactive contamination in the Sahara, for which France is responsible.

Anyone who has seen the Chernobyl TV show knows that radioactive poisoning is a pretty painful way to die. However, scientists at the University of Laguna in the Canary Islands said in a statement to EuroNews that there was really nothing to worry about.

They had carried out a study on the dust present in the radiations which were brought by the strong storms of the year 2020 which even resulted in the closure of airports. Around this time, the team discovered high levels of potassium 40 and cesium-137 in the dust. 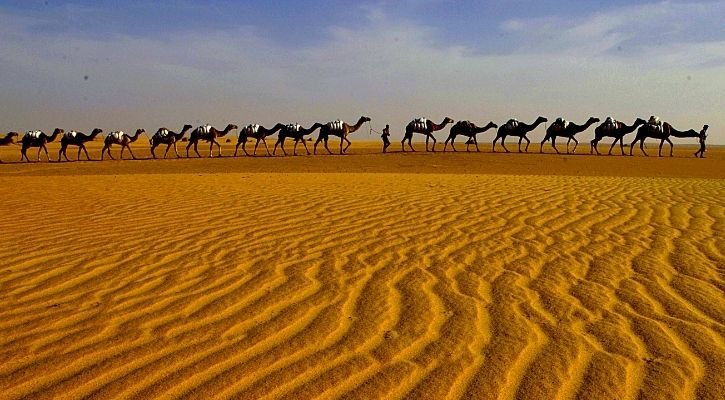 Pedro Salazar Carballo said these levels were safe and the labs continuously monitor the levels of radioactivity that are shared with the Nuclear Safety Council..

He adds: “What exposes us the most to radioactivity is the natural radon which naturally emanates from the soil itself. It is estimated that between 5% and 14% of lung cancers are due to the radon we breathe, especially in underground and closed spaces.

Keep fracking out of the Kavango Basin ...