Life in the desert requires resilience, especially when lightning strikes

The Californian desert is a precious asset, famous for its high mountains and majestic valleys. But it’s not really a wasteland. “Human activity has been around for thousands of years,” says Mike Gauthier, Superintendent of the Mojave National Reserve.

Most importantly, the desert is home to species of plants and animals that are not found anywhere else in the world. It is a jungle compared to other deserts.

But climate change threatens unique species, including the Joshua tree, which botanist Drew Kaiser calls a “key species” on which many animals depend, including birds with no other nesting site. Over a million Joshua trees have died in the recent Cima Dome fire, and rising temperatures and drought threaten them with extinction.

Another unique creature is the Desert Turtle, not only popular with tourists, but important for the environment. “Their burrows provide important habitat for many other rare species, and because they are herbivores moving across the landscape, they can help be seed distributors,” says Tracey Tuberville, a researcher at the Savanna River Ecology Lab.

Climate change has disrupted the turtle’s life cycle to the point that keepers like Tuberville keep babies inside until they’re strong enough to take the heat and smart enough to avoid predators, including the Crows. 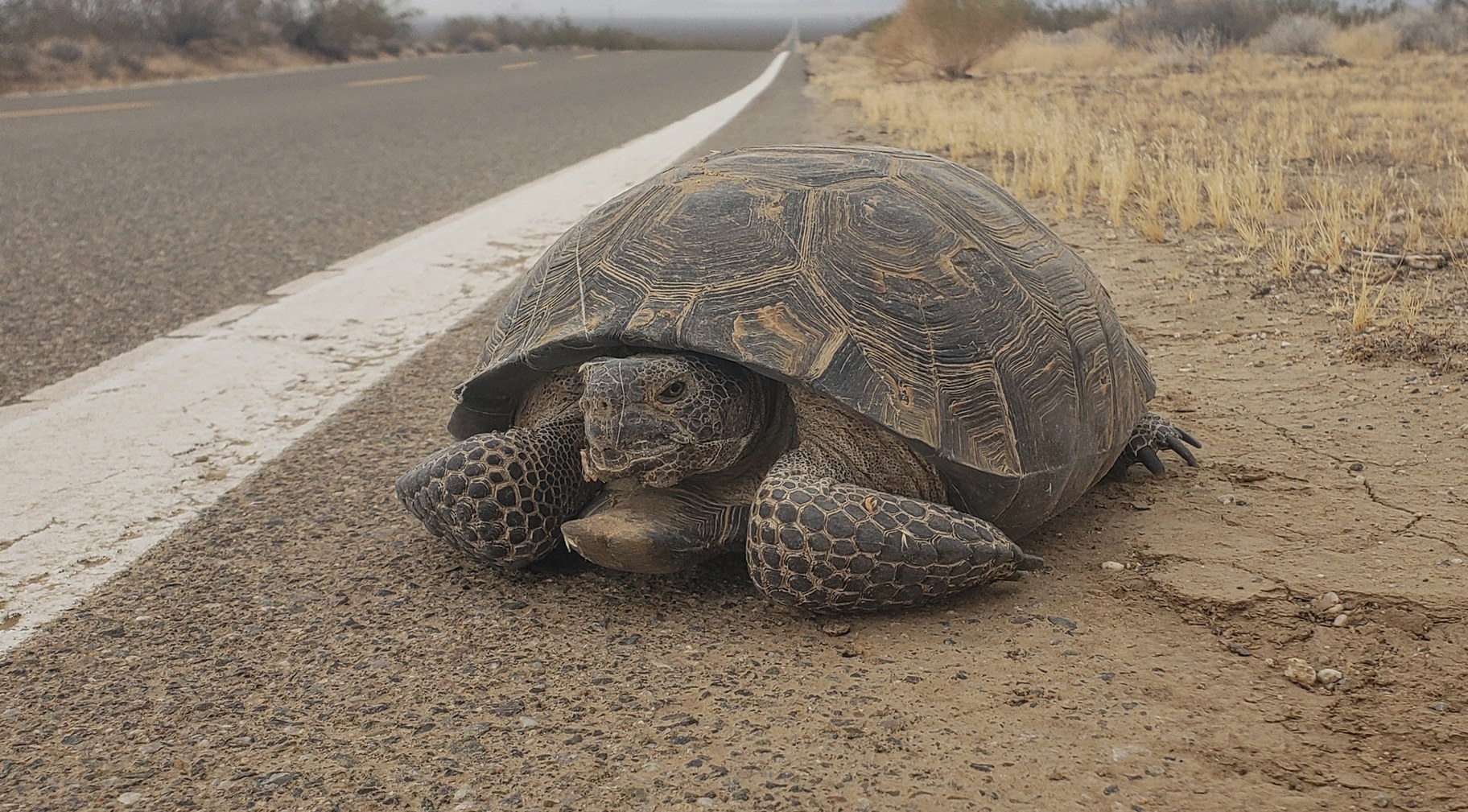 A large male turtle near a causeway in Mojave National Preserve. Photo by Susanna Mann.

Now, deserts serve human needs in a new and different way. In Mojave alone, there are nine solar farms, including Ivanpah, the largest in the world. The Desert Renewable Energy Conservation Plan, signed by Barack Obama in 2016, guarantees that there will be many more.

Mojave Superintendent Mike Gauthier sees it both ways: “If we develop a solar farm, solar panel or wind farm, it could have an impact on the habitat of the desert turtle or the trees in the forest. Joshua. On the other hand, he adds, “it’s a brave new world, and you can’t make decisions in a vacuum. There are always consequences for every action in nature.

This is the sixth episode of “In Our Backyard”, a six-part series.

Read the full transcript of the episode here.