The rock found in the Sahara desert is older than the Earth, it is 4.5 billion years old

Researchers have discovered a piece of meteoric rock in the ruthless Sahara Desert which is actually older than Earth. Rock is a rare piece of an embryonic planet that existed before our planet even existed.

The meteorite which was named Erg Chech 002 or EC 002, according to the researchers was created in the crust of an ancient protoplanet – mainly known as a building block for the planets. It is, according to them, the oldest known lava that has fallen to Earth. It also offers a perspective on how the planets formed during the early days of the solar system.

The rock was discovered in the sea of ​​dunes of Erg Chech in Algeria, it is also from there that it takes its name. It actually consists of several meteorites which together weigh around 70 pounds. After getting their hands on the samples, the researchers were able to find out when this piece of crust that melted as lava crystallized into a solid form.

Research into the isotopes of magnesium and aluminum has traced the rock back to 4.566 billion years ago, which is the oldest known piece of igneous rock ever found, according to the study. To put it in perspective, the last oldest known igneous meteorite, dubbed NWA 11119, is about 1.24 million years younger than EC002. The Earth, on the other hand, did not emerge until several million years after the formation of these rocks.

The meteorite is 58 percent silicon dioxide which suggests it is an ancient parent body with a crust made from andesite rock – different from basalt rock which is otherwise commonly found in volcanic regions around our planet. They reveal that these crusts were commonly found in asteroids and protoplanets during the early solar system, but have become extremely rare today.

The study was led by Jean-Alix Barrat, professor of geochemistry at the University of Western Brittany, France. She explained in the study published in Proceedings of the National Academy of Sciences, “EC 002 is clearly distinguished from all asteroid groups, and no object with spectral characteristics similar to EC 002 has been identified to date”, while asserting that “the remains of primordial crusts are not only rare in the meteorite records, but they are also rare today in the asteroid belt. 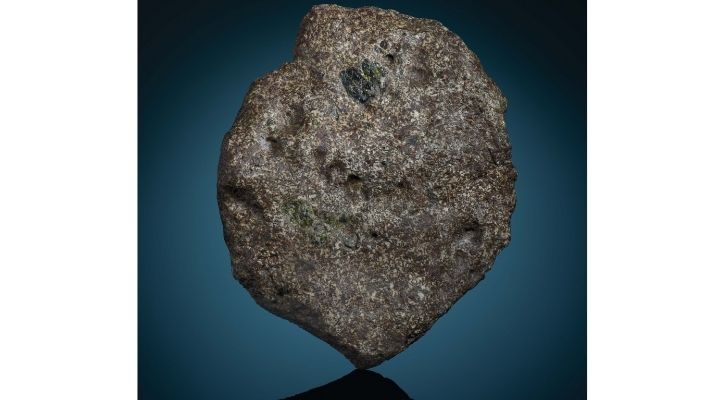 MUSEUM OF MINERALS AND GEMS OF MAINE / DARRYL PITT

The researchers added, “This suggests that the first differentiated protoplanets that populated the solar system, along with most of their debris, were certainly destroyed or are subsequently accumulating on the growing rocky planets, making the discovery. meteorites from primordial crusts an exceptional event. “

They are convinced that EC 002 was ejected from its parent body, decades after the protoplanet’s crust cooled and crystallized, while also presenting details of the evolution of planetary nuclei at a time when Earth did did not exist.

QuickQuid Collapse – Everything You Need To ...

Pollutionwatch: How Much Sahara Desert Dust Do ...